In the first approach, a cost optimization is a separate program managed as any other strategic pillar (priority). In the latter approach, it is still managed as an initiative but integrated into the pillars of the overall strategy. Traditionally, strategy and operations have been separate activities, often to the detriment of the overall implementation and success of the strategy. This must change. Strategy in times of VUCA (Volatility, uncertainty, complexity, and ambiguity) will have to combine the two aspects, daily operations and change, in one comprehensive set of objectives and plans. It isn't how an organization manages cost optimization as part of the strategy, but that it is. The intensity or importance of it will depend on the importance of managing costs. Still to achieve the strategic intent within the same budget, It will become an essential element of the strategy during periods when costs are rising. 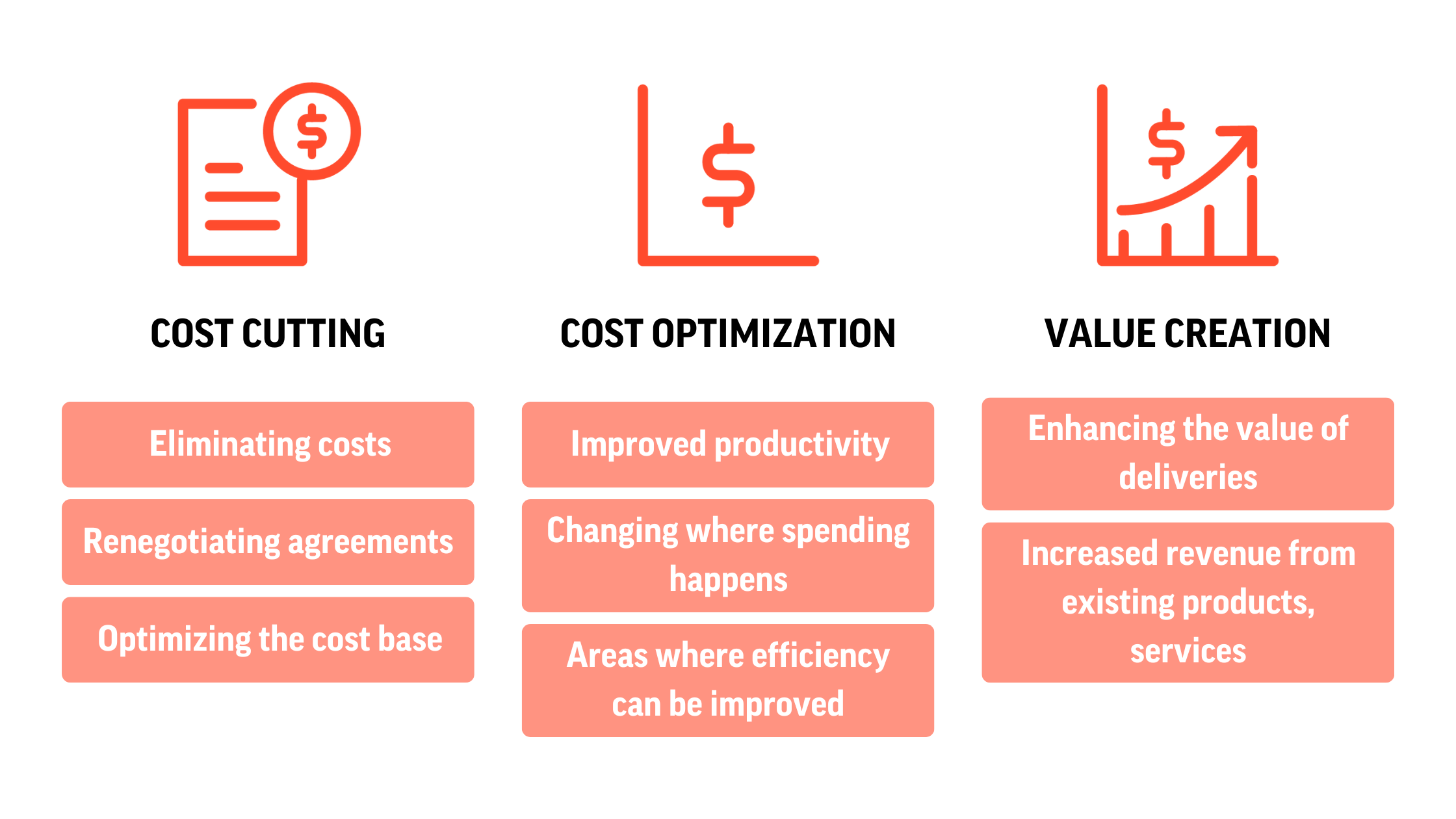 Far too often, cost optimization initiatives are launched in a rush, with limited focus on organizational governance, the timeline for the activities, and clearly defined objectives. Cost optimization is a multi-year effort, but most organizations must follow through on the activity in years two and later. It is therefore not surprising that often the benefits of optimizing costs are centered around the short-term and less impactful cost-cutting activities and fail to generate longer-term, more substantive cost-optimizing or value-improving benefits. Cost optimization displays the same challenge as other strategic initiatives: a failure to execute. As with other strategic initiatives, over three-quarters of cost optimization initiatives fail to achieve the desired objectives.

With economic uncertainty and other disrupting factors, such as energy price variations and supply chain optimization, the cost optimization pillar must be integral to every organization's future strategy. It cannot be executed in a vacuum independent of the other elements of an organization's strategy. And given that an actual cost optimization effort is a 2-3 activity, it must be part of the strategy. Either as a separate pillar or as a horizontal effort across all pillars of the strategy. In either scenario, managing the execution of the measures will determine the outcome.

This is where a software platform such as that of DecideAct becomes critical. As with every element of a strategy, cost optimization will be successfully executed provided transparent governance exists, clear and measurable objectives, KPIs or CSFs, and an ability to assess the project's status and risks or inhibitors continuously. A software platform such as DecideAct ensures precise, continuous, and immediate communication. While this will not replace the need for a communication plan, it will substantially augment a more traditional leadership verbal, written, and video-based communication.

As executives contemplate their actions caused by rising costs, they will need to see cost optimization as an element of their strategy going forward. Manage this as a cross functional-strategic initiatives, projects or as an independent strategic initiative. Using a software platform such as the DecideAct platform raises the probability of success through faster execution. 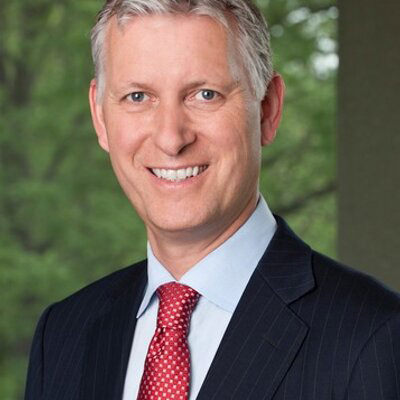 Mr. Søndergaard joined the Gartner Group in 1988 and rose to be executive vice president and head of Gartner Research from 2004 – 2018 leading an organization of 3,000 experts in 34 counties with an annual revenue of US$3 billion. Since leaving Gartner, he established The Sondergaard Group LLC through which he acts as an advisor to senior executives as well as delivering keynote speeches globally.