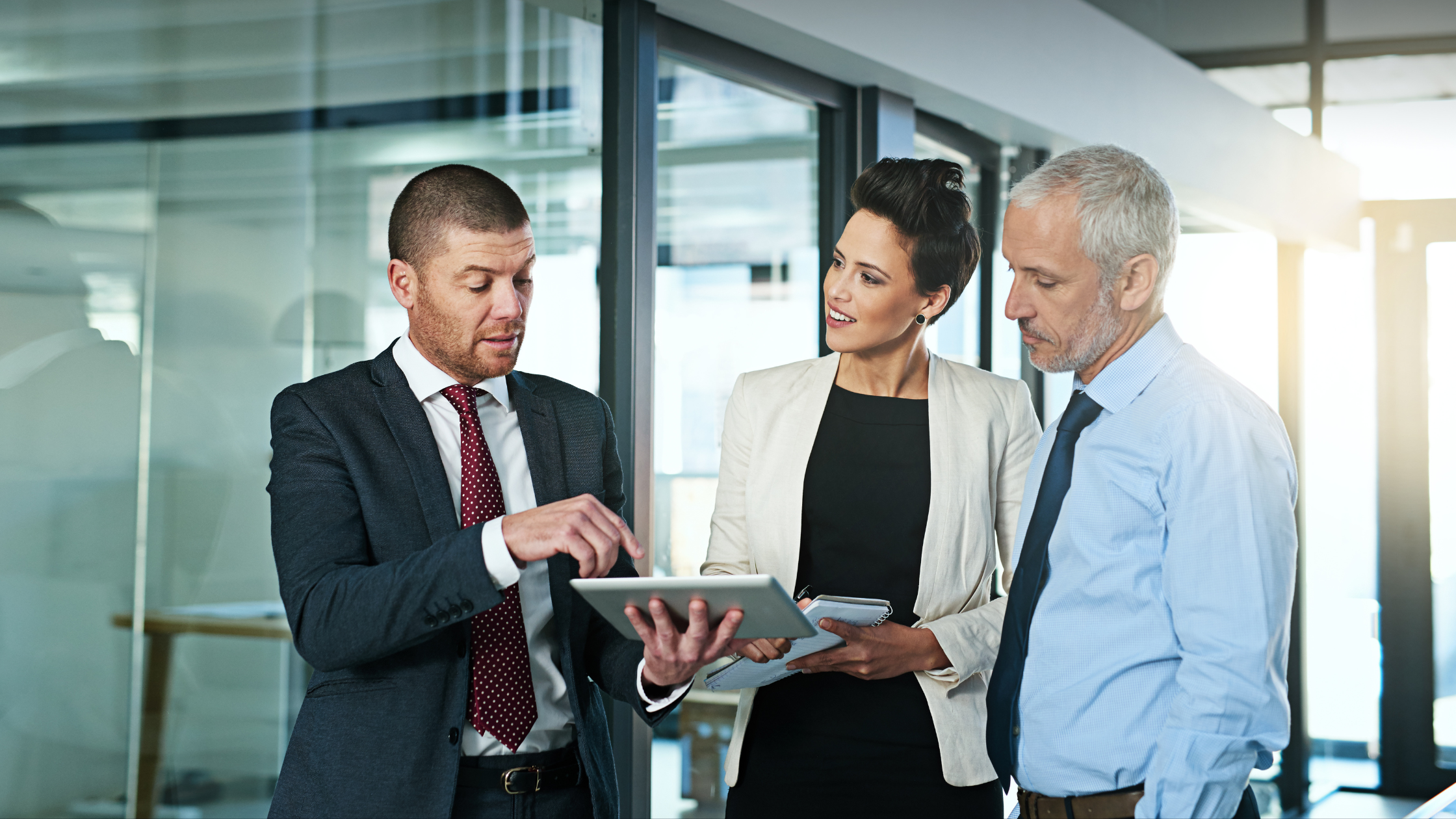 Speaking to more than fifty companies both in Europe and in the USA, the conclusions of our most recent research have made for sobering reading. Over the last decade, the large majority of S&P500 and FTSE100 companies have averaged less than 5% annual growth in revenues. Much of the current

growth is being achieved by large-scale consolidation rather than new revenue generation. At the same time, digital natives such as Google, Amazon, Alibaba and Tencent have achieved impressive double-digit figures, often as high as 50%.

In this context, we set up a research group in 2019 on both sides of the Atlantic to meet with CEOs, CIOs and other business leaders to discover if and where genuine innovation was taking place. We asked some simple questions such as: what is meant by innovation? where should it take place? and what are the barriers impeding double-digit revenue growth? In return, we received frank and often troubling responses. Here is a summary of our findings.

What is meant by innovation?

In the words of James Dyson, CEO of Dyson Group, “Innovation is about solving problems that others ignore.” Dyson is designing an electric car from scratch and plans to manufacture the vehicle in Singapore. This is a step out for a UK-based company – what we call “working at the edge” (outside traditional business domains or metrics).

Other companies (such as the Walgreen Boots Alliance) describe innovation as making critical changes at the core of today’s business. One example is offering online delivery of pharmaceutical products (only 1% fall into this category today in the UK). Such innovations are all about improving customer convenience.

At the time of our survey, most participants were digitally transforming their businesses to increase efficiency and improve quality. Our view is that such efforts, although entirely worthy, are little more than an attempt to sustain the living dead. In the face of competition from the digital natives, we suspect that most will continue to experience a slow decline in revenue, leading to a predictable long-term demise. Just look at IBM.

Genuine innovation is about creating the new rather than refining or even transforming the old.

Where should innovation take place?

Well-run incumbent organizations have grown up during a century of stable, predictable market growth. By adopting linear five-year strategies and employing a philosophy of operational excellence, such companies have enjoyed strong profitability and dividend growth. Their leaders have focused on exploiting globalization and IT to operate at scale. In this setting, minimizing risk and avoiding failure led to rich rewards.

This is in sharp contrast to conditions in the 21st century, where we compete now in a VUCA (volatile, unpredictable, complex and ambiguous) world. Strategy is no longer about formulating a predictable five-year plan. It is more about creating a vision that can flex during rapidly changing conditions. With the advent of digital natives whose business models suit the VUCA environment, many incumbents see an inevitable decline in their core businesses. If they are to sustain earnings and market value, they need to start emulating the newcomers. This is about building new businesses that can exploit a torrent of emerging technologies such as IoT, AI, 5G, 3D printing and Blockchain.

Here is a likely scenario for an incumbent whose core business is based on operational excellence designed for a foregone era:

Any realistic chance of long-term survival requires genuine innovation out at the edge to compensate for decline in core revenues and values.

How should genuine innovation be accomplished?

The survey’s most important finding was that genuine innovation must be separate from the core business. It is about taking big, long-term risks that would never be accepted by today’s business unit managers. This implies activity at group level to build tomorrow’s unicorns (highly accomplished technical skill leaders). Such activities may be characterized by:

Although such approaches appear radical, several organizations are now ready to back this approach. These include Philip Morris International (PMI), who is exiting tobacco products; Dyson with its new line of electric cars; Philips and its entry into digital healthcare; and AXA Next with its plan to build new services and business models beyond insurance. In every case, these firms have appointed CEOs to lead edge initiatives and organized their governance to accept multiple failures as well as big wins (e.g., a venture fund).

What could impede innovation?

There is a long list of impediments that will lead to incumbents’ decline. At the top of the list is shareholders (mostly of institutions) concentrate on who near-term/90-day performance. There is little appetite among this group for two-to five-year returns. The public failure of Jeff Immelt of GE is a case in point, where share values have plummeted due to shareholder disbelief in his digital strategy. 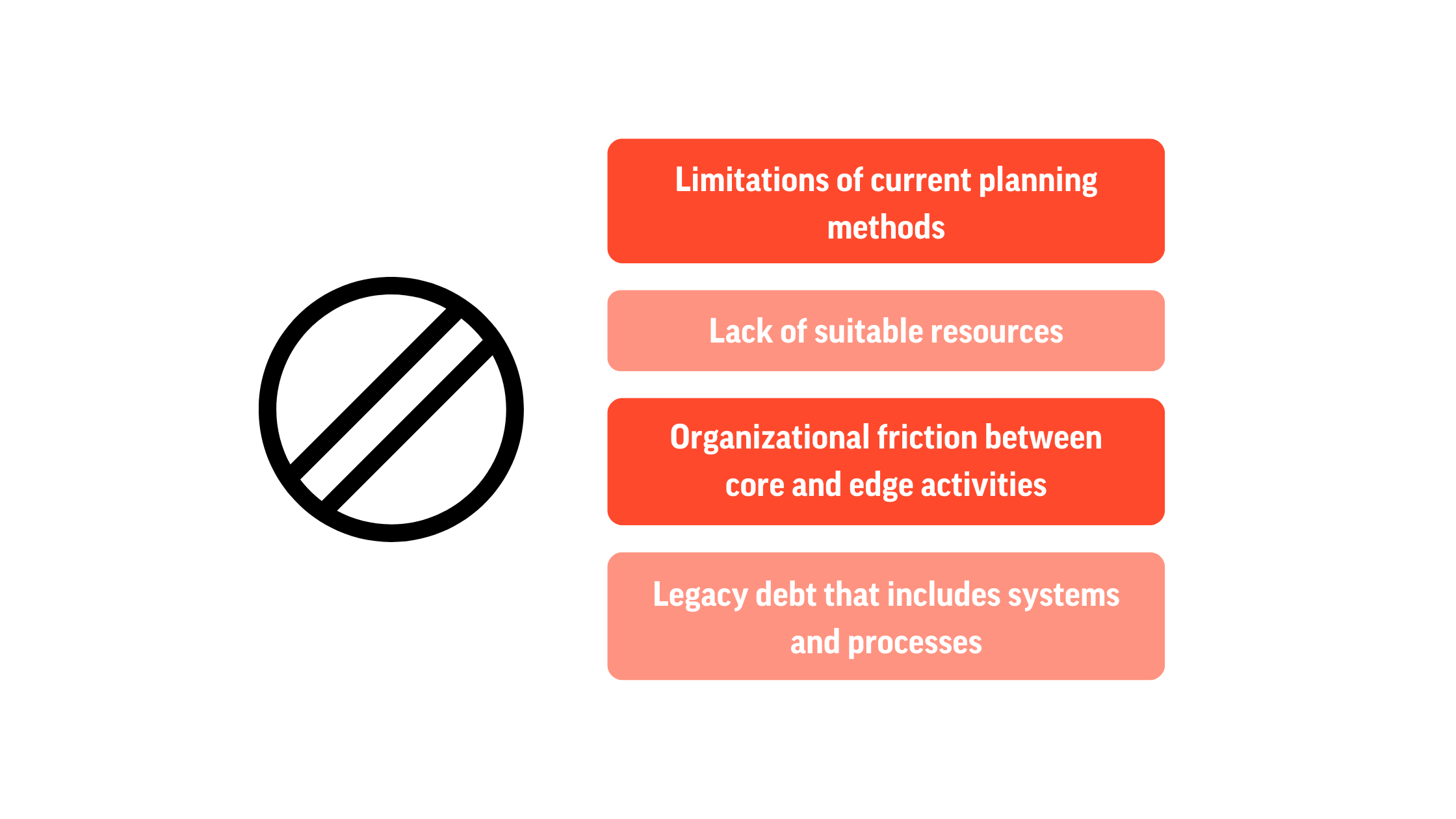 Perhaps the biggest impediment is C-suites of mature businesses that continue to enjoy excessive returns and inflated exit packages. It will take a new generation of management to confront the digital natives, many of whom are run by founders that thrive on risk-taking such as Bezos and Musk.

What are the stark choices for business leaders?

Business leaders must choose between transforming the core business and conducting innovation at the edge. In our research, we have found that most are concentrating on streamlining the core by employing costly transformation programs. At best, this will sustain such entities for a few extra years.

Genuine innovators have established teams outside the core to explore new possibilities. They have taken some of their brightest managers out of the line to run new ventures, and recruited staff with venture backgrounds (e.g., Capita’s appointment of an external CDO at Board level). Partnerships with and acquisitions of digital natives are an essential adjunct to this approach.

We believe that the next decade will decide the future of incumbents across multiple sectors. Taking a different strategic view is vital for success in a world defined by speed and agility.

Two experts in the strategic management field, Bjarni Jonsson and Flemming Videriksen, grew weary of seeing one leadership team after another throw millions out the window by not implementing the great plans they had made. This seemed to be more or... 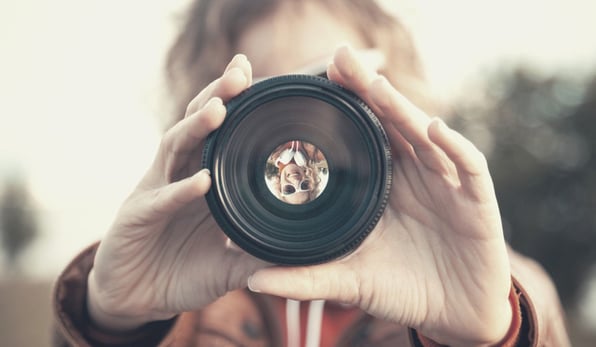 The End of Strategy in Business Ecosystems? Quite the Opposite!

When Tom Peters, at the end of the 1970s, announced that we should move beyond the matrix organization to match accelerating business environments, he was a real visionary. It was not until much more recently that we hear about the death of... 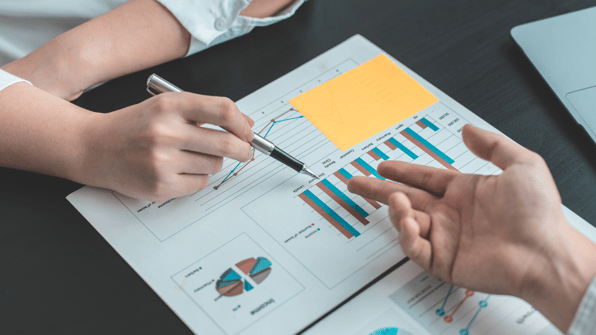 Corporate governance balances the interests of a company's many stakeholders with those of the community in a responsible manner. 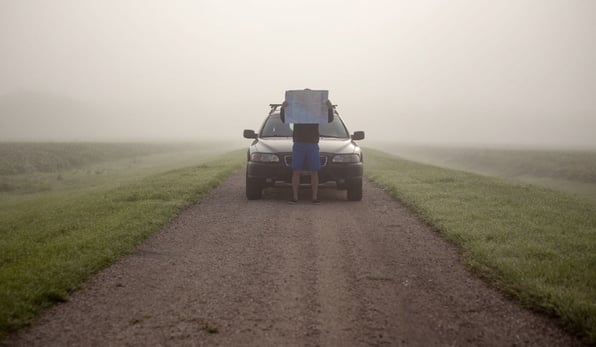 As a profession, there are many modes of thought in developing and executing strategic plans. Some planners include all ongoing or “keep the lights on” activities in the plan along with continuous improvement initiatives. But Brightline’s research... 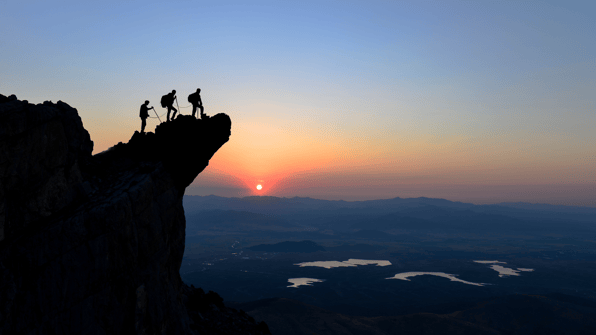 Founder and CEO at Camrass & Company. Roger helps global leaders explore new digital possibilities. His career spans 40 years in working with start-ups, mid-sized firms, and Fortune 1000 corporations. Roger has gained unique experience and insight into the emerging digital world. Roger has worked with leading corporations worldwide to pioneer new methods and techniques in the vanguard of their market adoption. He is also known for designing the Internet while a research fellow at MIT in the 1970s. Roger was a pioneer of the IP network architecture that supports the global world wide web today (his work was published in IEEE Transactions).